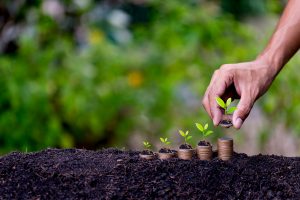 National Agency for Rural Development (ACSA) is a non-governmental, non-profit and apolitical organization that conducts its activity on the whole territory of the Republic of Moldova.

ACSA one of the leaders on the consultancy and research market in the field of agricultural and rural development in Republic of Moldova, having an excellent reputation domestically as well as abroad.

ACSA ensures access to new knowledge, experiences and practical abilities related to a wide range of domains focused on sustainable development of the agricultural sector and rural area in Moldova.

The agency has launched its activities in March 2001 with technical and financial support of The World Bank, SIDA and DFID, having as the main task establishment and management of the public rural extension services in Republic of Moldova.

Thus, consultancy offices of the RES Network are present in all 32 rayons/districts, Territorial Autonomous Unit (UTA) Gagauzia (both in ​​Comrat, as well as in Ceadir Lunga), Balti municipality and Cainari region, but also in more than 40% of the total number of mayoralties in the country.

Between 2001-2012 public rural extension services were supported technically and financially by The World Bank, SIDA and the Government of Moldova though the Rural Investments and Services Project (RISP). From 2013 till the end of 2017 the public rural extension services were financed directly from the public budget of the Ministry of Agriculture, Regional Development and Environment of Moldova.

Starting with 2018 ACSA in partnership with the National Network of Service Providers of RES continue to provide rural extension services, but these services are more technical, more complex and are addressed to a lower number of beneficiaries on a contractual basis.

In the same time, ACSA as a civil society and non-governmental organization actively participates in national and international tenders launched by state institutions and development partners. Thus, in the last 20 years of existence ACSA successfully implemented over 110 projects financed by The World Bank, USAID, MCC, SIDA, UN, DFID, FAO, IFAD, Polish Aid and other donors.